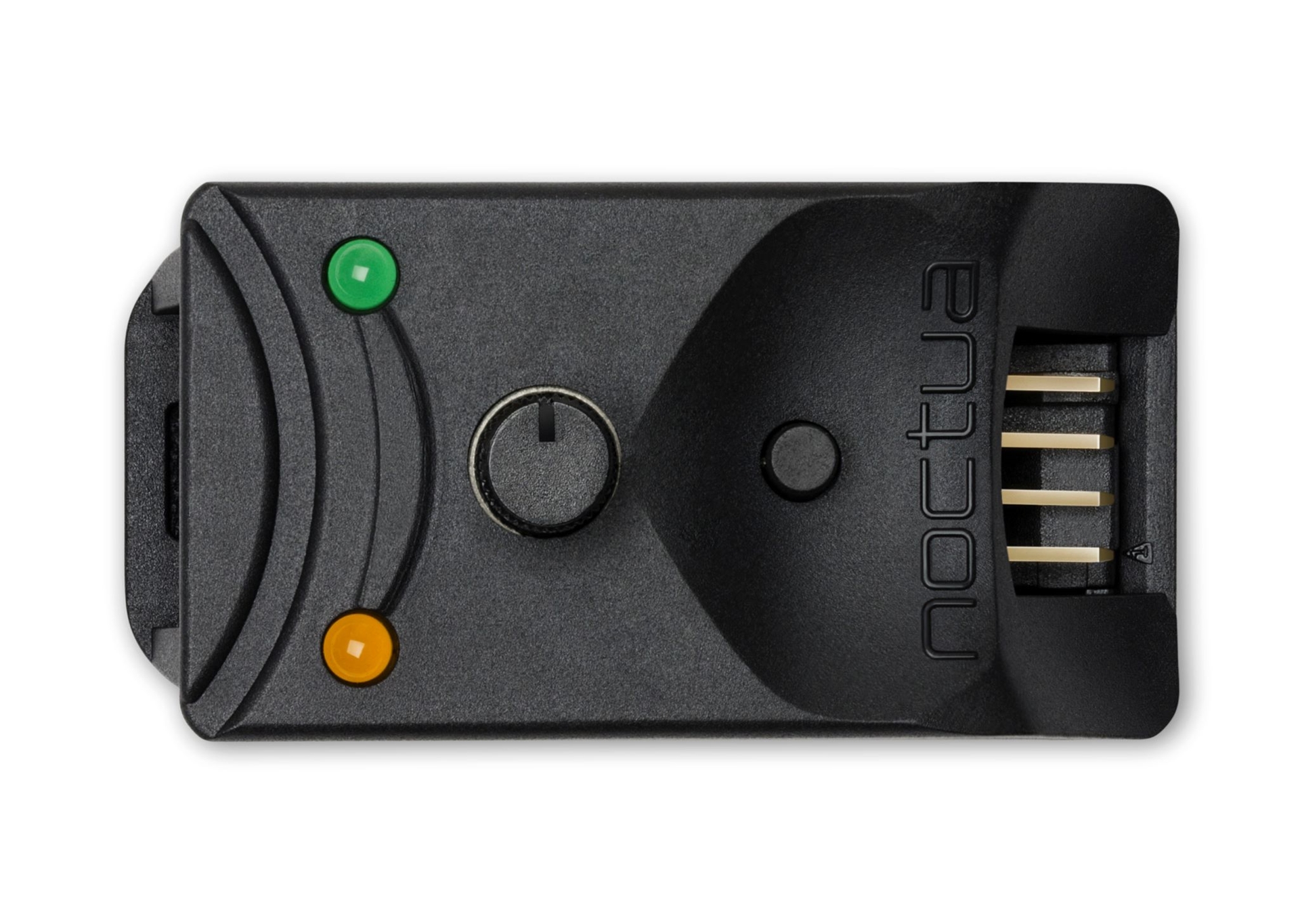 
The NA-FC1 is a compact, highly flexible controller for 4-pin PWM fans that can both work on its own for manual speed reduction and also work in tandem with the automatic motherboard fan control. By adjusting the NA-FC1’s speed control dial, users can either manually set a PWM duty cycle from 0 to 100% or reduce the PWM duty cycle supplied by PC motherboards in order to have the fans running slower than the automatic motherboard fan control would allow. While the brightness of the orange status LED provides visual feedback on the current dial setting, the push button allows the NA-FC1 to be switched into “no stop” mode, which prevents the fan from falling below a speed of 300rpm. Thanks to the supplied 3-way split cable and power supply adapter, up to 3 fans can be controlled simultaneously.

*Please note that many PWM fans have a minimum speed higher than 300rpm and as the function of “no stop” mode is to not let fans go below 300rpm, it is only useful for fans which are generally able to go below this speed. For example, a fan with 500rpm minimum speed will act the same with “no stop” mode on and off.