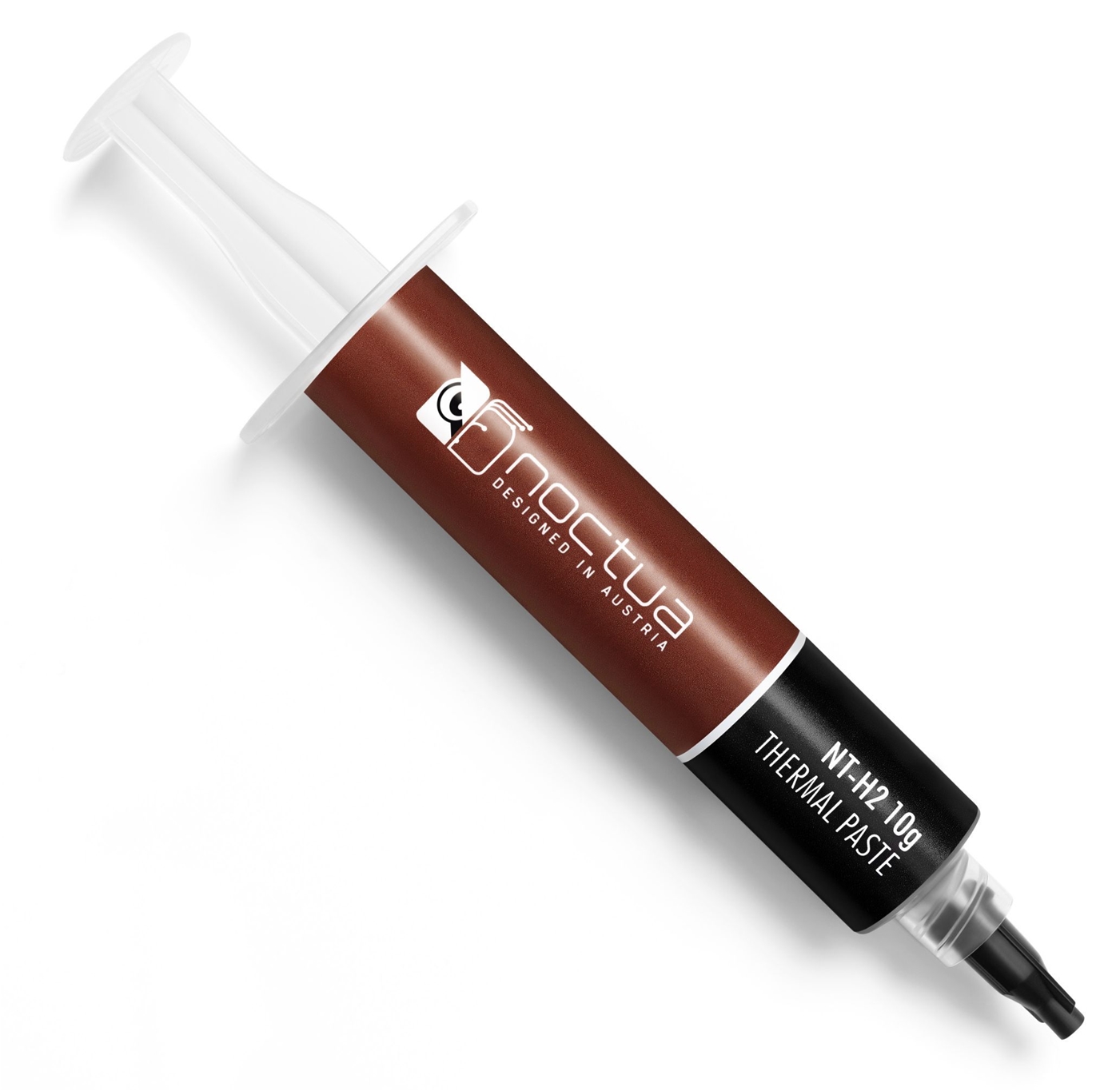 NT-H2 is the further improved second generation of Noctua’s award-winning hybrid thermal compound. Combining the iconic NT-H1’s proven features, superb ease-of-use and renowned long-term stability with a novel, fine-tuned formula of micro particles for even better thermal performance, NT-H2 is an enthusiast-grade paste for the highest demands. Whether it’s air- or water-based cooling, CPU or GPU applications, overclocking or silent systems: NT-H2 will consistently deliver outstanding results and thanks to the included cleaning wipes, it is just as easy to remove as to apply.

Based on the award-winning NT-H1

NT-H2 is based on Noctua’s renowned NT-H1, which has received more than 150 awards and recommendations from international hardware websites and magazines. Chosen again and again by overclockers and enthusiast users worldwide, NT-H1 has established itself as a benchmark for premium-quality thermal interface materials (TIMs).

Further improving the award-winning NT-H1, NT-H2 uses a new, fine-tuned mixture of metal oxide micro-particles for even lower thermal resistance and reduced bond-line thickness at typical mounting pressures. This allows it to achieve even better performance in most application scenarios.

Thanks to its excellent spreading properties, there is no need to manually spread NT-H2 before installing the cooler: Simply apply some paste onto the CPU (see instructions for details), put on the heatsink and you’re ready to go!

NT-H1 doesn't contain any solvents or other substances with low flash point and provides excellent long-term stability. Due to the compound's exceptional curing, bleeding, dry-out and thermal cycling characteristics, NT-H1 can be used for several years without any problems.

Easy to clean with included wipes

The 3.5g pack of NT-H2 includes three large NA-CW1 cleaning wipes that are pre-moistened with an isopropyl alcohol mixture and make it child’s play to remove: Simply wipe off the paste from the CPU and the base of the cooler using one of the wipes and you’re done!

Power users who take off and install their coolers frequently can purchase the optional NA-SCW1 set that contains 20 pieces of the NA-CW1 cleaning wipes, which are ideal for removing NT-H2 from the heat-spreader of the CPU and the contact surface of the heatsink.

While some high-end thermal compounds and pads are risky to use due to their electrical conductivity or corroding properties, there’s no risk of short-circuits with NT-H2 and it’s completely safe to use with any type of CPU cooler, regardless of whether it’s made from copper or aluminum and whether it’s nickel-plated or not.

NT-H2 unique formula is highly stable over time, even after longer periods of usage. It can be stored at room temperature for at least 3 years and due to the compound’s exceptional curing, bleeding, dry-out and thermal cycling characteristics, it can be used on the CPU for 5 years or more.

No break-in or burn-in required

Some thermal compounds need a longer break-in period or cure time until they reach their full performance and some thermal pads must undergo a dedicated burn-in process. By contrast, NT-H2 is ready to go right away and doesn’t require any special preparations.

Sufficient for around 9-60 applications (depending on the size of the CPU or GPU, e.g. around 9 applications for large CPUs such as TR4 and around 60 for small CPUs such as LGA1151), the extra large packaging size is ideal for power users who install coolers frequently. 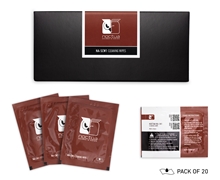 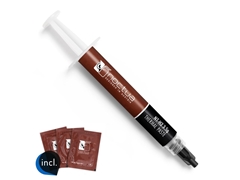 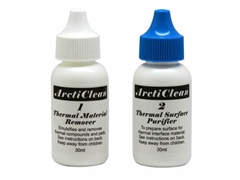 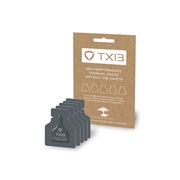