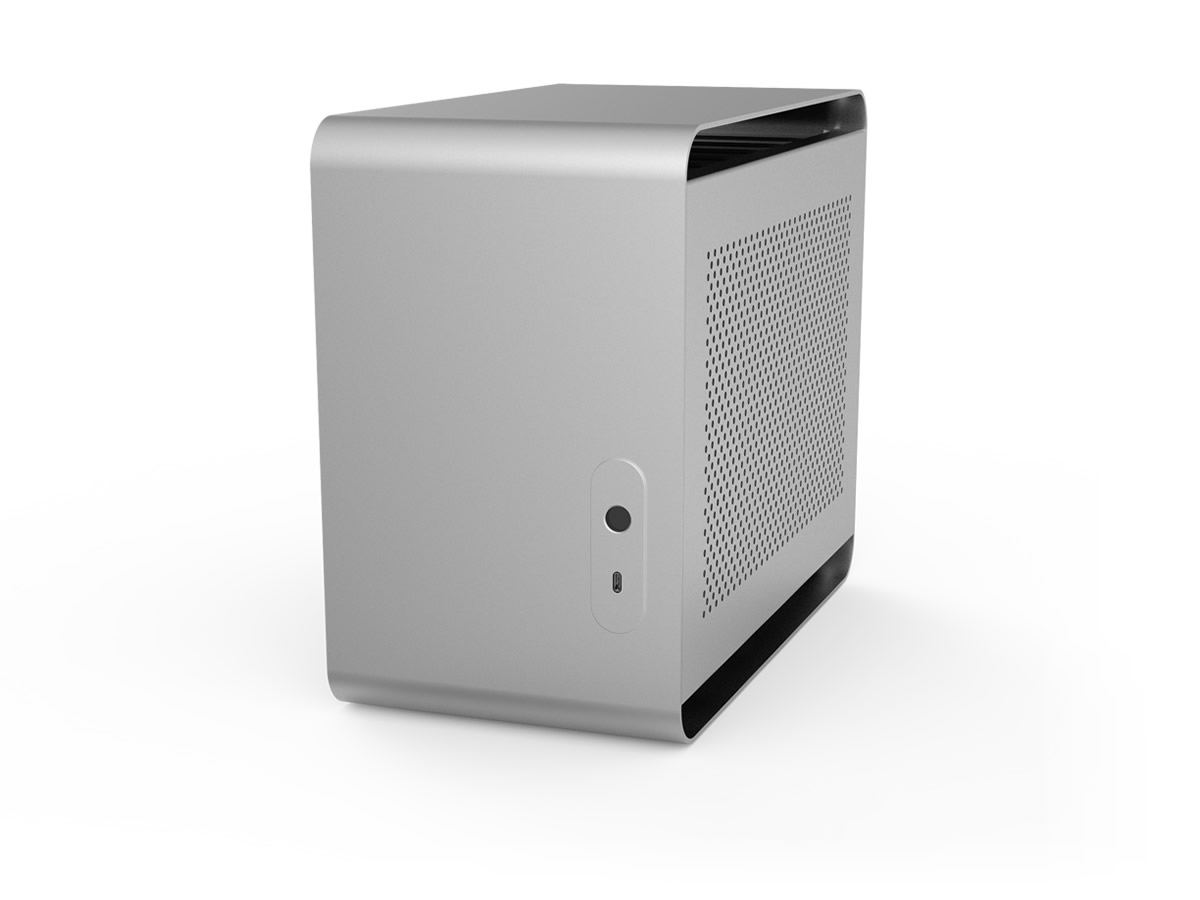 It's a compact ITX case designed to strike a balance between size and compatibility, allowing high performance components to fit comfortably in a small form factor space.

While there are compact cases on the market that do a great job of cramming high performance components into a super tiny space, they tend to focus on being “the smallest” and in doing so suffer from limited cooling, poor versatility and generic uninspiring designs. With the DA2, Streacom created a case that focuses on cooling performance and compatibility, while still being true to the size principles of small form factor and incorporating the Streacom minimalist design and premium construction ethos.

There are lots of examples of what makes this case different, but beyond just the specification or features there is a fundamental difference in the approach that drives everything Streacom produces. Being one of the few small independent manufacturers on the market, Streacom does not depend on OEM facilities and shared tooling, nor do they suffer from the bureaucracy of larger organizations. This means they are not trapped in any specific design path and have the freedom to explore a different approach, which is why Streacom products are genuinely different.

How about this for an idea, a case that considers cooling might actually be more important than RGB lighting. There are of course situations when lighting can work really well to enhance a products aesthetic, but its an unfortunate state when they come at the expense of performance and basic functionality. The DA2 V2 upper and lower openings in the frame are a design aesthetic but they are also there to improve cooling and avoid the issue most cases suffer from, lower intake airflow restriction. That combined with carefully designed pitch and size of precision holes on the back and side panels, plus the ability to support multiple fans in virtually any location, results in excellent airflow and cooling performance.

Dedicated bays for drives, fans, radiators, etc are great for making builds fast and easy, but terrible if you want to optimize the usable space and create a truly customizable platform. So when Streacom created their last 2 cases, the F12C and DB4, they pioneered the use of something they called the universal bracket. The DA2 also utilizes this innovative approach with a track that is integrated into the frame, allowing the brackets be fitted anywhere along the sides of the case. The unique approach to hardware mounting means even the PSU can be relocated making this case extremely versatile and customizable.

Being able to fit a wide range of components and build a compact but powerful system was a key focus thoughout the design process, so the DA2 can comfortably fit a 240mm radiator and a full size GPU, but beyond that its also extremely flexible. With a shorter GPU (up to 225mm) an ATX PSU can be used while still having enough room for a 140mm AIO. If you don't want to go the water cooling route and prefer a performance air cooler, the DA2 is not limited to a low profile style cooler and has space for a tower design up to 145mm.

Design and aesthetic is absolutely objective, but we have considered every line, every curve, every screw placement to not only be functional but also visually appealing. The devil is in the details, and while on paper one case might look very similar to another, its those small things that add up to make a vastly different product experience when its physically sitting there on your desk.

SEPTEMBER 21, 2020
It’s been just over 2 years since we released the DA2 during which time it has received many great reviews and featured in plenty of amazing builds, but nothing is perfect and we have been listening to what could be improved, so the time has come for us to address by far the biggest criticism ….. holes!

We are pleased to announce the DA2 Version 2, same amazing design but with revised ventilation patterns on the back and side panels. Both the pitch and size have been adjusted, effectively double the number of holes, greatly reducing impedance to airflow.

Apart from the revised ventilation pattern, the back panel now features a new single larger opening for the PCIe card and an angled PSU passthrough cable that avoids conflicts with bigger CPU coolers and motherboard daughter boards.

With the release of the RTX 3000 series cards and its radical cooler design, the DA2 has a clear advantage compared with sandwich-style case layouts that are not optimal for this airflow configuration. The DA2 provides unrestricted access to fresh air from below the case, the optional rear case fan removes warm air being blown upwards from the rear GPU fan and even the SFX PSU can be rotated 90 degrees to assist with that.

There are other small tweaks to the construction and included parts that improve the overall build and versatility of the DA2, but in short, the V2 is the same great case but with improved thermal performance. 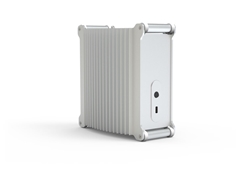 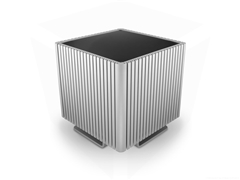